Unmanned Safety Institute has a long history and deep roots in the unmanned industry and are committed to "workforce readiness" as it relates to high skill/high wage careers in unmanned technology. USI is a commercially active education and training provider driving relevancy into future workforce preparation.

Unmanned Safety Institute is passionate about networking students with industry and industry with education.  With the largest unmanned academic network in the nation, find out why USI has become the nation's leader in Unmanned Safety Education and Training.


5 REASONS TO PARTNER WITH USI

USI drives value into the classroom with collegiate credit (in partnership with local colleges/universities and ACE Credit), industry certification, and workforce pathways.

USI is actively engaged in the unmanned industry providing safety solutions and standards based education and training so you can be confident programs are relevant, applicable, and current.

USI is focused on the future of the unmanned industry, not just the current regulatory structure so students can expect a long career and be prepared for future complex operations.

USI works with state legislators, state departments of education, and instructors to implement statewide curriculum frameworks as well as industry certification funding. If there is not currently approval for unmanned programs in your state, USI can help!

look at what schools say about usi...

[USI] linked teachers with continuous support. Whenever they call or have questions, there is always an immediate answer, and they really value that. We work with a lot of vendors and USI’s customer service is at the top.

The people at USI are always courteous and willing to solve issues. This is a very adaptable program and I can easily adjust it for individual learner needs. There are many extra lessons and activities for each chapter and we have been able to adapt it to so we can provide robust flying practice and mission planning. The Small UAS Safety Certification adds the safety aspect and good business practice for becoming a commercial UAS Pilot, and makes studying for the FAA Part 107 Exam much easier. 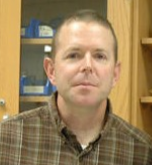 usi is paving the way for an unmanned skilled technical workforce

Building partnerships among STW stakeholders. Partnerships between government, industry and educational institutions should occur in order to avoid a “one-size-fits-all” approach. This allows communities to align curricula to meet local community needs.

Increasing awareness of employment and career opportunities in the STW. The report emphasizes that there are numerous paths to educational and career success. The paths should not be presented as an “either-or” option, instead, the STW should aim to complement rather than compete with other education paths. NSB reports that learners pursuing careers in the STW have opportunities for higher earning potentials, greater job selection and to pursue additional postsecondary STEM education.

Data gaps are creating challenges in establishing a system-wide approach to the STW. Stakeholders are finding it difficult to assess the STW in order to create new programs and partnerships, as well as disseminate information to the public about opportunities within the STW. NSB says that this will be a long-term project that will require the input of multiple organizations for data, however, it is crucial for the continued development of the STW for there to be system-wide data.

Meeting students where they are, and designing STW education around those needs.

USI's modular coursework allows for multiple learner types. In fact, USI offers the same content delivered into education to commercial/adult learners, the modality of delivery is different. USI content can be delivered completely online, offline/in-person, or a combination of the two. USI also enables certified instructors through academic institutions to modify their coursework and schedules to meet the needs of their local learners. The ability to modify coursework delivery to meet the needs of leaners help to build engagement from the student and provide a level of academic freedom to the instructor.

A one size fits all approach is nearly impossible in a world where unmanned technology is being used very differently in each industry cluster. This is why USI partners with secondary and post-secondary institutes to provide foundational safety frameworks from which they can build industry specific programs which are important to their local region. Learning a particular software or piece of equipment is good when learning about general UAS, but it is counter-productive if it does not lead to local employability.

Increasing awareness of employment and career opportunities in the STW.

USI implemented a program called "Unmanned Connect" two years ago to achieve this exact goal, allow students to explore pathways based upon their interests and educational desire. This program provides career opportunities for students earning industry certification directly into part 107 type work with real estate or DOD contractor jobs such as those with Textron Unmanned. This program also provides educational pathways with advanced standing through articulation, dual enrollment, or ACE Credit before or after employment is gained.

Data gaps are creating challenges in establishing a system-wide approach to the STW.

As the unmanned industry continues to develop, data gaps are common. The most common data gap is workforce numbers related to remote pilots. This is prominently due to the fact that remote pilots are not typically sought after independently from the job role. As an example, when Microsoft Office became a required skillset of a particular job role, employers were not posting Microsoft Office as the Job Title, it was a required skillset of a particular job title. In the unmanned industry, a utility company hiring a lineman now also has a preference toward unmanned technology skillsets as this creates efficiency and broadened skillsets and capabilities within that particular career field. As another example, a law enforcement officer now becomes more marketable with an unmanned background as it broadens their skillsets and capabilities to a police department.

To further complicate the issue of data gaps, use of unmanned technology across industry clusters and geographical regions and the culture of operations differs greatly depending on commercial management background (technological, aviation, recreational, military, etc.). One thing is certain, aviation safety has been established over a century of research, accidents, and lessons learned. USI is using this as a baseline for preparing a future workforce and has become the standard for remote pilot education and training.